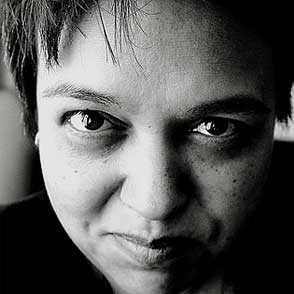 Born and living in Amsterdam, of Dutch-Indonesian descent. I am an online professional with substantial experience in developing and managing websites, customer portals, applications, API's and communities. In my role as Product Owner I will translate your business rules and needs into clear, concise user stories. I can explain complicated IT solutions to your stakeholders in plain language. I am driven, focused, loyal and you'll want me on your team.

I have worked online in broadcasting, publishing, web development and telecommunications since 1995 which makes me an old school webhead, a very early adopter of the internet.

Dutch people are impressed I was the first of them on Twitter back in 2006. It doesn’t pay for lunch.

I take pictures and look after some websites:

gokodama.com (2017 – now)
I like travelling to Japan and sometimes blog about my experiences there.

I advise the Irish artist Gavin Friday about all things web, I manage his official website and all social media. Sometimes we go on tour. I’ll tweet, shoot pics and document it all until I drop, or make some ginger tea to keep that voice in shape.

I manage the official website of the Irish band Virgin Prunes and all their social media.


The most popular community weblog for and by fans of the writer, film- and TV-maker and director Joss Whedon. Winner of the 20006 SyFy genre award for Best Website. Nominated several times for the Bloggies, SciFi.com Site of the week (22-11-2004), Times Online Blog of the Week (4-3-2006), finalist in the SXSW Interactive Festival website competition and quoted many, many times in the mainstream press.


The very first U2 weblog and one of the first niche weblogs. Started as a more or less satirical commentary on the world’s biggest band and ended up a semi-pro news source. It hurt to let it go after ten years when we quit in March 2011. I met and worked with some of my closest friends here.

Back when I had lots of spare time, I wrote these three books:

On the road is where I love to be.

As business IT liaison ("functioneel beheerder") at CNV Vakmensen I manage and develop mission-critical tools for our organisation: our websites, our communication platform, our apps. I translate business needs into concise user stories for our development team and mediate between business and IT.